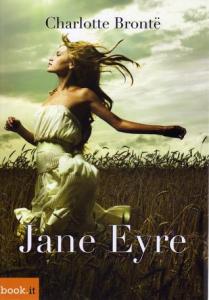 It’s unclear if the designer of this cover even read a plot summary of Jane Eyre, or if they just stuck a random stock image on the cover and called it a day. Jane is actually the exact opposite of the featured woman, who is inexplicably running through cornfields in a strapless dress. Jane does have a tendency to run away, but this gorgeous version of her simplifies the complexities of the titular heroine.

While the Byronic Heathcliff has always been romanticized despite his horrifying actions, this cover seems to exemplify the possessive nature of the “hero.” However, it transforms Heathcliff’s obsession into romance, turning his literal restraint into a cover reminiscent of erotica (more to come on that front).

Tess of the d’Urbervilles by Thomas Hardy 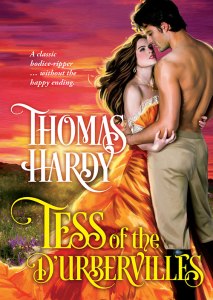 Tess of the d’Urbervilles appears twice in this list, because apparently people didn’t carefully read the book before designing the cover art. Whether or not the man in the cover is supposed to be Alec or Angel is irrelevant, as the message is clear: rape is sexy!

Tess of the d’Urbervilles by Thomas Hardy (again)

Ding ding ding, we have a winner! Although the Pulp Classics series modernizes classics books with pulp-fiction-style covers, this is wrong in so many ways. The caption alone makes my skin crawl, implying that Tess is in any way culpable for the rape that determines the rest of her life. We don’t even need to address the Marilyn Monroe cover image, and the sexualization of a crime.